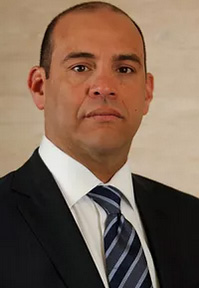 Mr. Sepulvado is a Capital Partner, and Head of Litigation Practice at Sepulvado, Maldonado & Couret. He started Sepulvado & Maldonado in 2005.

Having conducted and defended a vast number of depositions, Mr. Sepulvado has an intensive practice in pre-trial and discovery matters. He has substantial trial advocacy experience having tried a substantial number of trials before state and federal courts.

Mr. Sepulvado has also dictated seminars to clients on a wide variety of topics and has litigated employment law cases before state and federal courts. Similarly, Mr. Sepulvado has offered continuing legal education seminars on the topic of injunctions and other preliminary relief.

Before founding Sepulvado, Maldonado & Couret, Mr. Sepulvado was a Partner at Puerto Rico’s largest law firm, McConnell Valdés, where he was a member of the litigation department and the bankruptcy, lobbying and antitrust practice groups, among others. Mr. Sepulvado started his litigation career at Reichard & Escalera, in one of the most reputable litigation departments in Puerto Rico and under the supervision of the highly regarded trial advocate, Mr. Rafael Escalera Rodríguez, Esq.

Mr. Sepulvado graduated from the Catholic University of Puerto Rico’s School of Law in May of 1994. Before graduation, he was a member of the Dean’s List of Honor and the Law School’s Law Review. He also worked as a student law clerk for Federal Magistrate Judge Justo Arenas and Federal Judge Jaime Pieras, Jr., at the United States District Court for the District of Puerto Rico.

The firm obtained a judgment in favor of the Municipality of San Juan upholding preliminary injunction issued by Court of First Instance ordering defendants, a municipal contractor in charge of operating parking meters throughout the capital, to cease the operation of parking meters and to surrender their control over to the municipality.

The firm obtained a judgment in favor of Saint Lukes Memorial Hospital determining that the primary jurisdiction doctrine was inapplicable in a claim filed against an owner of a medical office who wished to operate nuclear medicine imaging system in violation of the medical building’s deed of declaration of horizontal property regime.

The firm was successful in persuading the district court to allow most claims to proceed. After the briefing, the court rejected defendants’ arguments that allegations naming alternative entities were insufficient to put them on proper notice of actionable facts and that the limitations period for claims under Puerto Rico’s Commercial Transactions Act had not been tolled.

The firm successfully removed the case to federal district court and eventually obtained summary judgment in favor of a sports association in two consolidated cases seeking preliminary and permanent injunctive relief for claims for alleged violations of federal and state constitutional rights and claims pursuant to the Puerto Rico General Corporations Law. The firm also successfully opposed a petition for a writ of mandamus filed in the U.S. Court of Appeals for the First Circuit seeking an order directing the district court judge to remand the cases to the Puerto Rico Court of First Instance.

The firm represented and argued the case before the court of appeals panel on behalf of Total Petroleum Puerto Rico Corp. Firm successfully argued that the panel should uphold the dismissal of three complaints filed by over one hundred gasoline retailers seeking injunctive and declaratory relief and challenging the validity under the Petroleum Marketing Practices Act of the franchise offers they received from Total Petroleum Puerto Rico Corp. following Esso Standard Oil (Puerto Rico), Inc.’s departure from the Puerto Rico market.

The firm successfully established the jurisdiction of the U.S. District Court for the District of Puerto Rico over a diversity action under Illinois law filed on behalf of a Puerto Rico basketball team seeking to enjoin its expulsion from the 2010 tournament of a Chicago-based league. Afterward, the court issued a temporary restraining order in favor of client, ordering the league to immediately reinstate the Puerto Rico team, to reschedule the home game that the team had not been able to host and to allow the team to participate in the tournament’s postseason. The parties later entered into a settlement agreement that converted the terms of the order in favor of the team in a permanent injunction against the league.

The firm obtained a preliminary injunction enjoining gasoline franchisees from using client’s trade dress and colors, from selling products not authorized at the gas station, and ordering the defendant to surrender control and possession of the service station and all equipment for storage and sale of petroleum products. The action was filed on behalf of gasoline wholesaler for violations of the Petroleum Marketing Practices Act and the Lanham Act.

The firm successfully defended a trademark licensee’s right to have a federal district court entertain a claim for violation of the Lanham Act. The claim was filed on behalf of gasoline wholesaler that had terminated a franchise pursuant to the Petroleum Marketing Practices Act for his failure to operate a gasoline station. Court later granted a preliminary injunction in favor of client and ordered the franchisee to surrender the premises of the station displaying client’s trademark as well as the gasoline station’s equipment.

Firm successfully requested remand to state court of action to compel arbitration filed on behalf of Puerto Rico insurance company by establishing that the jurisdictional amount in controversy in the case had to be assessed on the basis of the cost to defendants to arbitrate the dispute in Puerto Rico and that said amount did not reach the threshold for diversity jurisdiction.